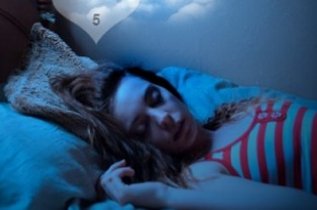 A dream is an occurrence during the period of sleep associated with rapid eye movements (REM). Dreams sometimes have mysterious and other inexplicable contents that have led them to be linked to extrasensory perception, although others such as Sigmund Freud simply regard them as an expression of the wish-fulfilment of repressed desires and an amalgamation of memories and associations based on recent events.

Mark Twain had a vivid dream in which he "saw" his brother's corpse resting in a metal coffin with a bouquet of crimson flowers on his chest. A few weeks later, Twain's brother was fatally injured when the boiler of a boat exploded. A metal coffin was donated by friends, and when Twain arrived at the funeral service the scene was as he had dreamed it - except the flowers were a different colour. However prophetic dreams seem to be comparatively rare. Whatever dreams actually are, they are certainly real and often very vivid. How often have you had a conversation that began "I had a really strange dream last night?" 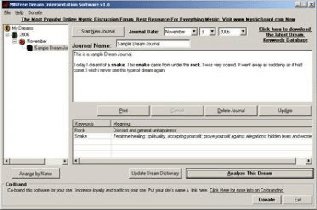 Dream Diary Assistant Lite is a free dream interpretation software that can be used for analysing dreams which you can install and run on your computer by clicking here. This dream interpretation software package consist of two main modules. The first, the dream journal, consists of a dream symbol search and a dream diary record. The second module is a dream library editor. The program comes complete with a full PDF handbook to explain in detail how to use it effectively, and of course, its all totally free, although you can pay to upgrade to the full dream interpretation program. Why not give it a go?

We scour the web every day to bring you
the best free stuff online from free offers
to information and entertainment.

A growing collection resources to
keep you entertained from funny
videos to quizzes.